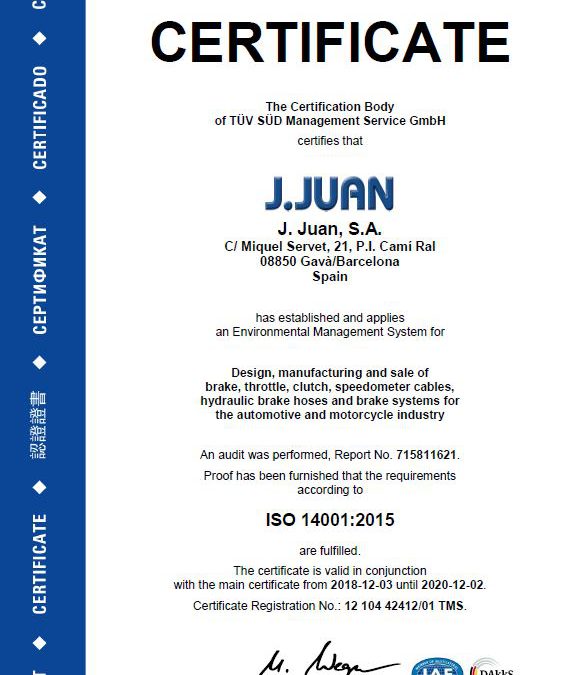 THE ENVIRONMENTAL AUDIT GIVES AN EXCELLENT SCORE TO J.JUAN

Like every year, J.Juan submitted its facilities to the ISO 14001: 2015 certification that weighs the action, performance and improvement of environmental issues.

Both plants, Gavà and Sant Cugat have renewed their environmental certificate. It should be noted that in Sant Cugat, the auditor has highlighted the degree of commitment to the environment. The compliance that our company and its workers have with ISO 14001 was qualified and certified as “Excellent”.

The auditor congratulated us effusively, recognizing that it had been a long time since she has had such satisfaction in an environmental analysis of the plant.

The challenge for 2020 is to maintain this excellence in Sant Cugat and achieve it for Gavà, always within the framework of responsibility for the environment that is implicit and so important in the culture of the J.Juan group 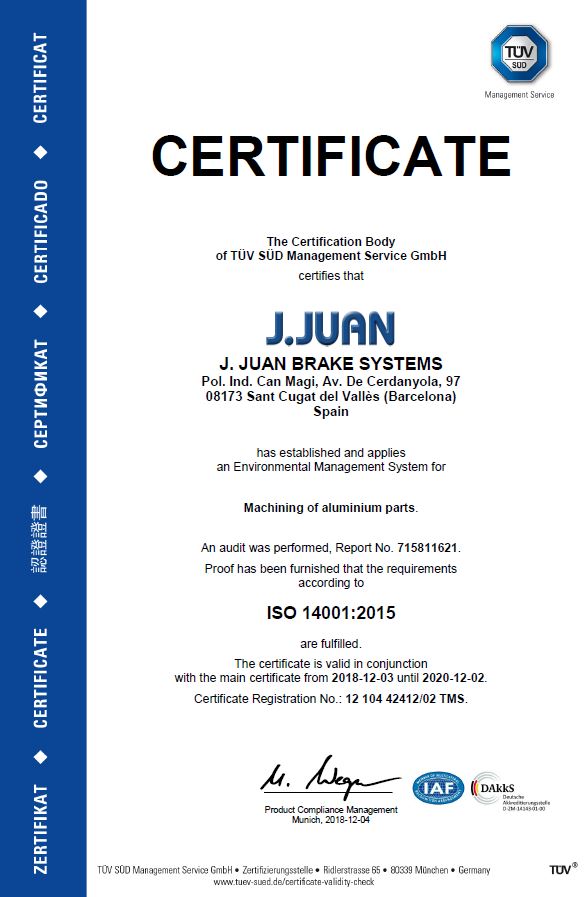 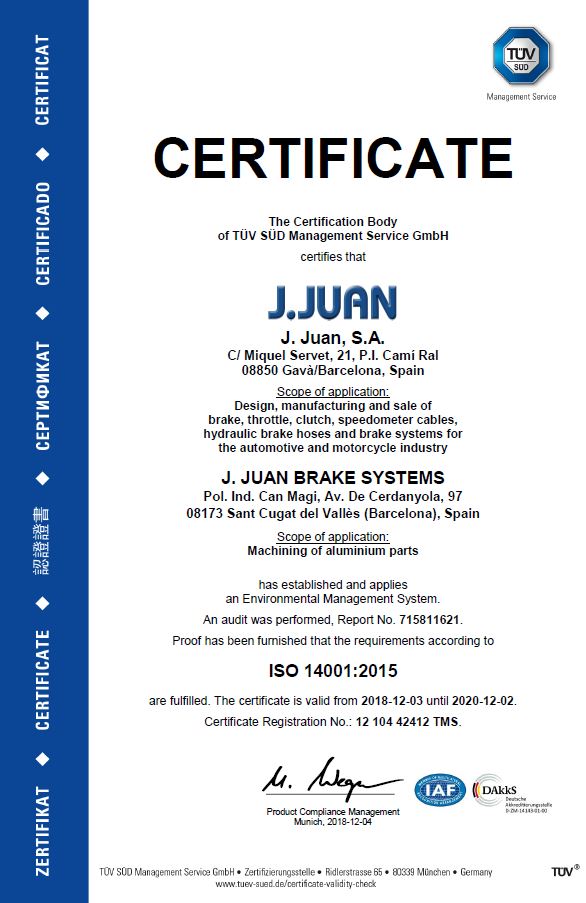 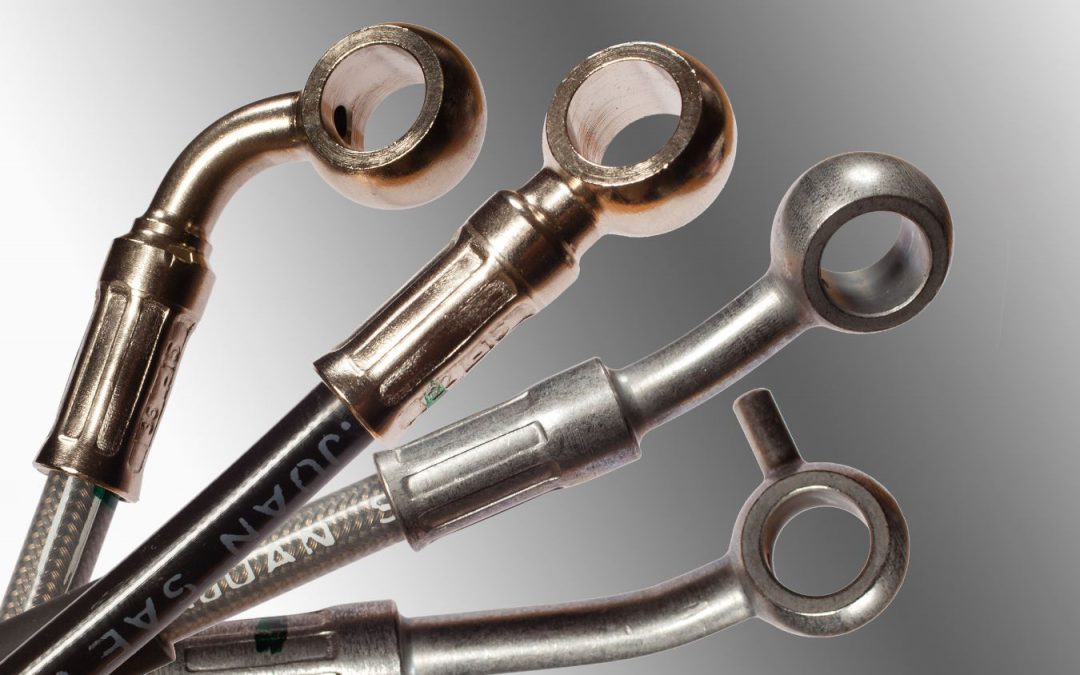 India is taking a great leap of quality in its bikes. It is the first world producer, with 22.5 million motorcycles manufactured in 2018. Its domestic market begins to demand a lot and, above all, more quality. The markets where it exports more than two and a half million motorcycles, also want a product with more excellence.

Among the various measures to be adopted by the Indian industry is the incorporation of disc brakes in some of its vehicles and the need for a hydraulics help to properly manage its braking. For this reason, the Indian manufacturers have turned their sights to hydraulic stube and J.Juan, the world leader in metallic mesh tube, has turned to the Barcelona factory to resolve the issue due to its high world prestige.

The technical office, located in Gavá, has evaluated and routed the different models that need a solution of precise and immediate response to the rideof the brake pump and has proposed a series of solutions to the Indian manufacturers that are already being implemented in a matter of a few days.

The irruption of the Indian market has been such in the production of metallic mesh hydraulic tube that is already estimated at 50% for the year, according to the figures of the first quarter of 2019. J.Juan has been producing metallic mesh hydraulic tubes since 1996, serving most Western and Premium range motorcycle brands, and is the world leader in this type of product, to the point of having won the last 4 Superbike World Championships with Kawasaki. Hence, Jonathan Rea highlights “the feeling of J.Juan tubes is accurate from the first round until the end of the race“. J.Juan will produce in 2019, four and a half million meters of tube of different diameters, from half an inch to two sixteenths of an inch. 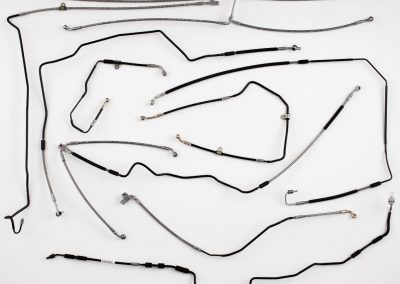 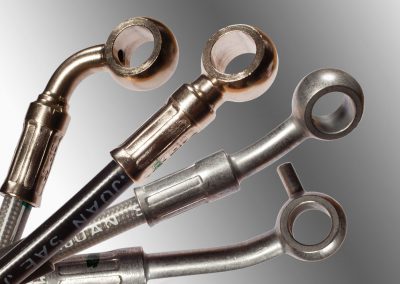