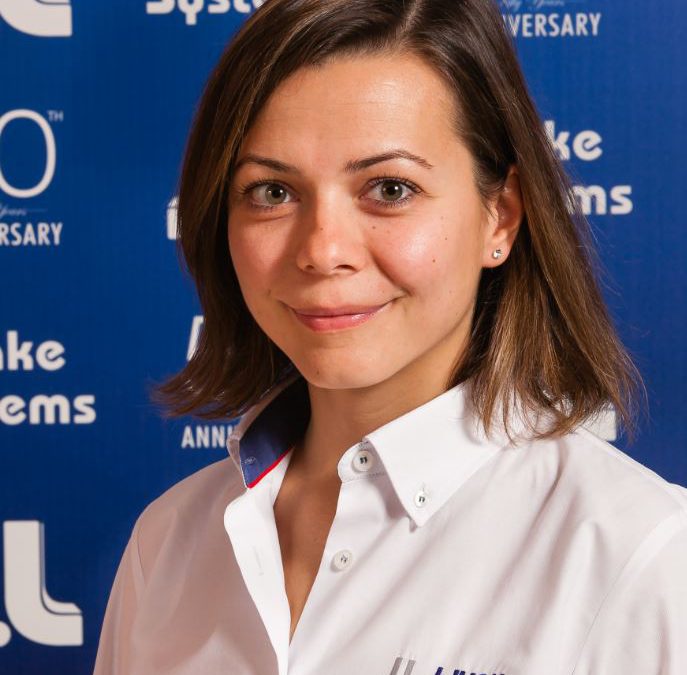 Born in Poland, she speaks seven languages and trained at Spanish universities and at Virginia Commonwealth University and at 32 is about to finish her second master’s degree; the first was International Trade (ESIC) and the second is a Commercial and Sales Directorate (EADA).

She joined J.Juan in 2016, from SGS’s Market Research department, and has become a major asset for J. Juan. 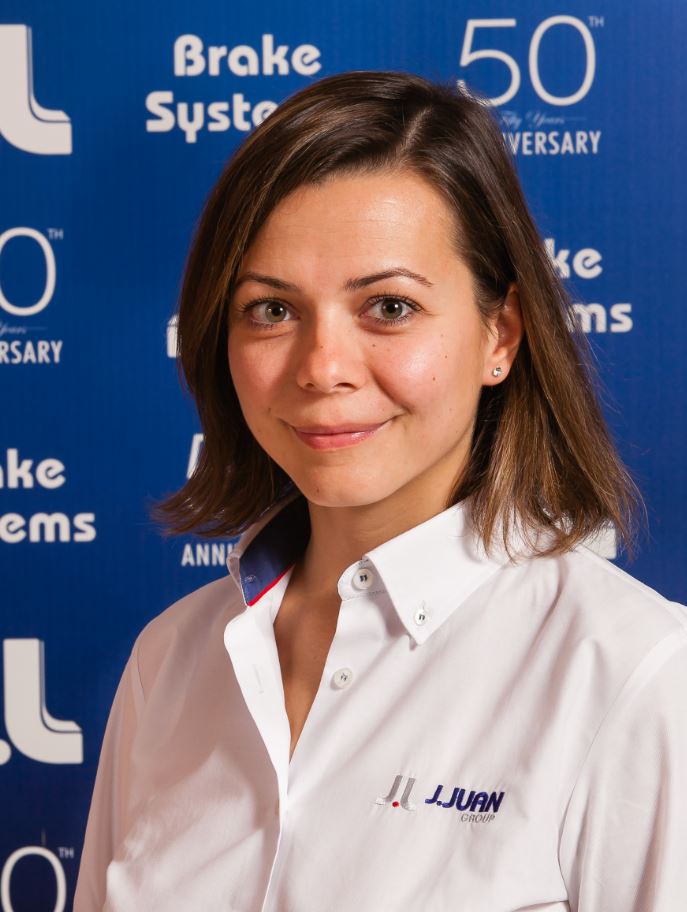 J.Juan is fully on the move

COVID-19 has shown us that many companies have stopped their production. This was not the case of  J.Juan  who, despite the fourteen-day stop suffered in Spain and India, has continued to serve his customers from the  Jianxing plant in China and from Fides (electronic) in Sant Cugat del Valles (Barcelona)

Barcelona’s tube and brake manufacturing plants were forced to cease their activity in Spain due to the state of alarm until April 14, as it was considered a non-essential activity by the Spanish government.

In that span, Fides (J. Juan’s electronic division) maintained its manufacturing activity due to its electro-medicinal production, which was much needed during this pandemic.

As of April 14, J. Juan began production activity again in the plants following a strict health safety protocol that has prevented all its 480 workers from being directly affected by COVID-19.

Production has been incorporated with a specific schedule that allows us to meet market requirements while safeguarding the health of workers. Those who are not strictly necessary in the production plant are developing their functions in Telework mode.

Given the circumstances that have come to life, J. Juan’s management has been very satisfied with the solutions adopted to be able to combine health and production in the hope of being at the levels of February 2020 in a short space of time.

Juan China lived a very complicated start to the year when the COVID-19 forced all its employees to self-quarantine. Gradually the activity was re-established in mid-February, with severe health security measures (still being maintained) to reach full production by the end of March.

The return to activity represented a great uptick in the Chinese market, which placed orders for 120% of historical monthly production, including the additional production of customers that could be affected by the government interruption of activity in Barcelona.

The current outlook, with respect to 2020, makes it more optimistic than at the end of February and allows us to be optimistic that the objectives set by the team of Jaume Rosines, Its CEO, will be able to be met despite this unprecedented time that has been a problem for the entire motorcycle sector. 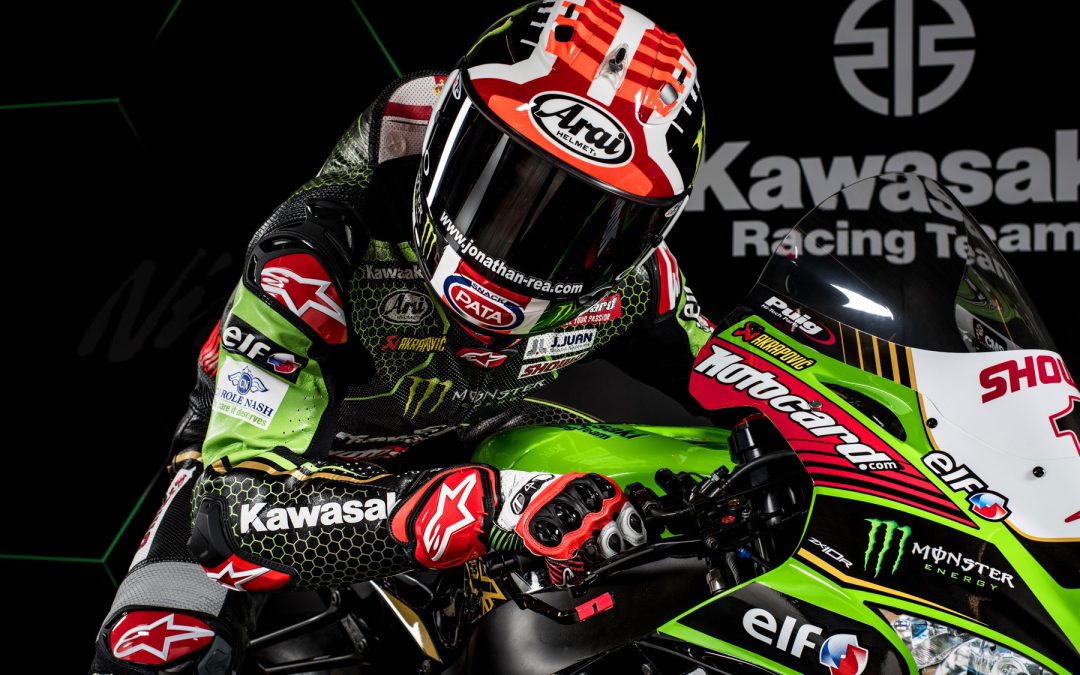 July has become the first month of the year… to compete. Following the emergence of the COVID pandemic, this has been the month of renting motorcycle and Side by Side tests where J. Juan has reaped spectacular successes.

The month began with the first two FIM CEV races, where J. Juan equips most Moto3 and Talent Cup bikes. In superbike training, Jonathan Rea and Ana Carrasco tried to conquer their respective world championships in their Kawasaki bikes with J. Juan as a badge.

Furthermore, we have the return of GP motorcycles, with an active presence in Real Avintia (MotoGP), Onexox (Moto2) and in several Moto3. We also have the Asian Championships where J. Juan made a full podium on July 17 in Malaysia.

The Side by Sides are also returning to form. Despite the suspension of two top tier events, the Lower Aragon (Spain) and the Silk Way Rally (Russia), more than 40 competitions will have taken place in the United States by the end of August.

The competition is back, and J. Juan is back there getting wins. 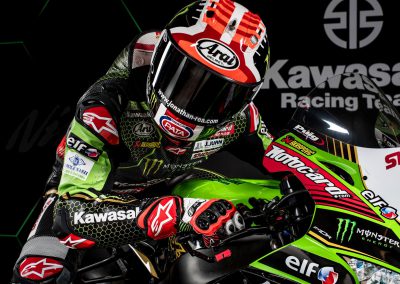 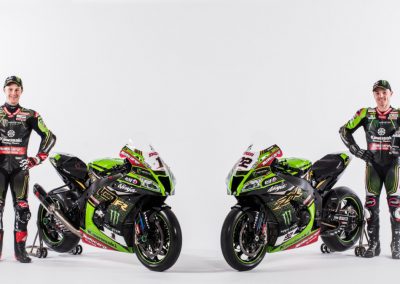 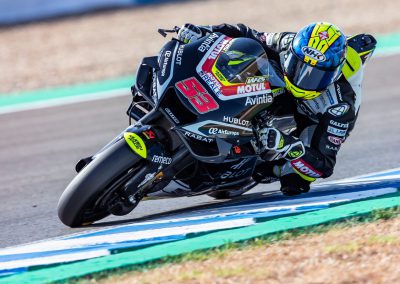 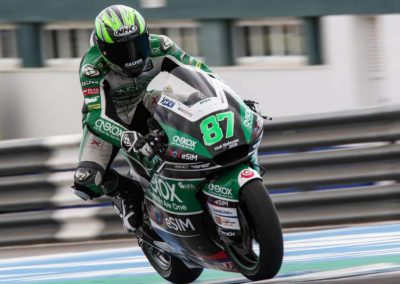 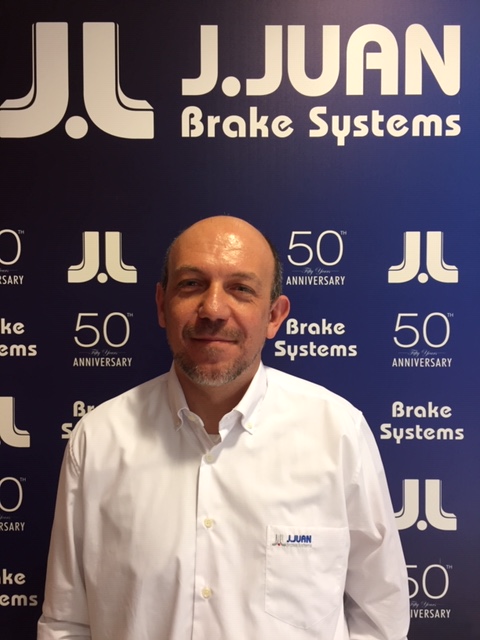 As a further step in supporting the growth and consolidation of the Company, J. Juan has incorporated Alessio Caputo in the role of Business Development Director; his contribution will be to support the market growth strategy of J. Juan in Hydraulic hoses, Braking Systems and Electronics.

Alessio has a deep knowledge of the global 2W and powersport market maturated as Business Development Director first and CEO later in Triom (later VLS) in Europe, USA, India, Vietnam and Japan. Under his leadership, Triom Vietnam Co. Ltd was established in Hanoi, Vietnam, to supply Asian customers with two-wheeled vehicle system solutions and finishes for limited edition vehicles. He led the integration of the company’s new business in India by offering technical, logistic, and distribution support and was charged with consolidating the international growth of the company.

He is joining a team of motivated and skilled professionals with massive presence in global 2W and powersports. His contribution as an executive with a lot of important background in these areas will surely result in an increase of market share and win customer loyalty.